With Independent Investigation Impossible in Iran, UN Must Fill Vacuum of Accountability
Joint Civil Society Call for the UN Human Rights Council to Hold a Special Session on Iran
World Day Against the Death Penalty: A Road Paved with Torture
Guilty Verdict for Hamid Nouri: A Triumph of Due Process and Truth-Telling
View More ❯
“I have lost faith in the justice system. Please do something. Whatever you do, please do it fast, so that God willing, it puts an end to our plight.” 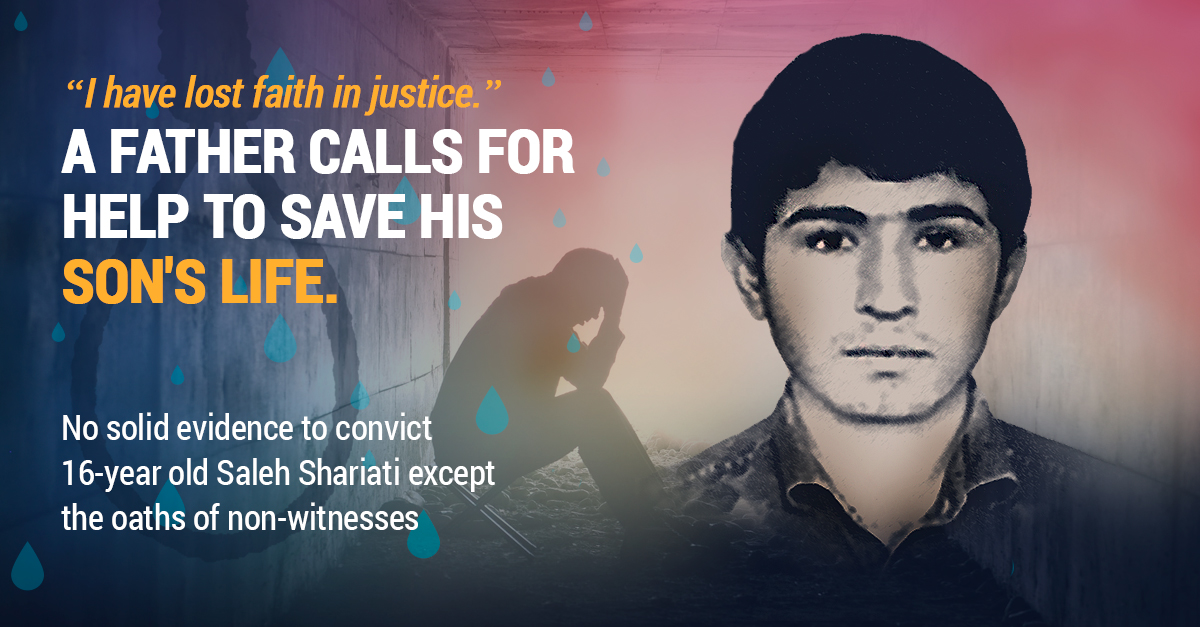 These are the words of Mohammad Ali Shariati, whose teenage son Saleh was arrested in 2013 and sentenced to death for an alleged murder he was accused of having committed at the age of 16. In the absence of convincing evidence, the sentence, issued in March 2016, relies mainly on qassameh (adjuration)—the oath of fifty male members of the family of the alleged victim who neither knew Saleh nor witnessed the alleged crime. Saleh Shariati’s is not the only case where defendants have been sentenced to death based on qassameh. In a criminal justice system where defendants’ rights are too often seen as a formality, the use of such practice can and does lead to the conviction of innocents.

The 1979 Islamic Revolution set in motion a radical transformation of Iran’s justice system with the introduction of Shari’a law and the setting up of ad-hoc revolutionary tribunals, which carried out several thousand summary executions (at least 4,000 in 1981) in the first decade of the Islamic Republic. The revolutionary courts did away with the presumption of innocence and the right to defense, which the revolutionary leaders saw as nuisances [1].

Thirty-nine years later, a severe due process crisis remains one of the most pernicious legacies of post-revolutionary justice and these most basic concepts of justice have yet to be properly integrated into Iran’s judicial culture [2]. Coerced confessions as sole evidence, used as the basis for sentencing in criminal trials, and the absence of attorneys during interrogations, are just two examples of serious abuses that remain. Another practice, the qassameh, which judges can use when in doubt, is another violation of due process and undermines the rule of law in criminal justice.

Qassameh (Articles 312–346 of the Islamic Penal Code), a practice dating back to pre-Islamic tribes of Arabia and rarely used in Muslim-majority countries [3], was introduced in Iran’s Penal Code after the 1979 Revolution. It is a means by which a baseless accusation can be turned into evidence. When the evidence in a murder case is inconclusive, a judge can declare the case to be “lowth” [4]. This is a special condition which arises when there is insufficient evidence to prove that a crime has been committed, but other facts of the case exist which raise doubt in the judge’s mind (Article 314 of the Islamic Penal Code). Should conditions for “lowth” be met, the deceased’s next of kin can introduce fifty family members to the court to swear that a defendant has committed a crime—even if they are not familiar with the defendant and were not present at the scene of the crime. Article 340 of the Islamic Penal Code specifies that the judge is not required to investigate the source of these men’s knowledge about the guilt of an accused.

The judges have relied on the oath of “non-witnesses” in the case of Saleh Shariati, an agricultural laborer who had traveled with his father to Bushehr for seasonal farm work. On April 11, 2012, Saleh had the bad luck of standing close to a well into which a co-worker fell and lost his life. Saleh’s father reported that the well was not adequately safeguarded, a fact that the deceased and his co-workers had themselves noted on several occasions.

Following the death of his co-worker, Saleh was first summoned to the Asaluyeh Prosecutor’s Office for questioning as a witness after the deceased’s family filed a complaint against the owner of the farm. Sixteen months later, for reasons unclear to the Shariati family, Saleh was taken into custody for interrogation and charged with the murder of his co-worker. Furthermore, in violation of Iranian law [5], which requires cases to be tried in the jurisdiction where they occurred, the case of Saleh had been transferred to the jurisdiction of Fasa, Fars Province where members of the immediate family of the deceased (the plaintiffs in the case) resided.

Saleh’s father told Abdorrahman Boroumand Center (ABC) that investigators in Fasa coerced his son into accepting the murder charge. He explained that the first time he saw his son on the staircase of the courthouse, Saleh was unable to walk and his body bore marks of torture. He was also wearing a set of too-large clothes that did not belong to him. Saleh had told his father that his own clothes had been damaged in the course of beatings. Following the interrogation, the homicide case was referred from the Fasa Investigations Branch to Branch 3 of Fars Province Criminal Court.

Owing to a lack of conclusive evidence and clear motive, judges at Branch 3 of Fars Province Criminal Court found the case to be “lowth.” Pursuant to the judge’s request, the plaintiff introduced 57 people to the court, all of whom swore that Saleh Shariati was guilty of murder even though none of them had been present at the scene, or had even been in the vicinity. On this basis, the judge issued a death sentence (“qesas-e nafs”) for Saleh on March 14, 2016. The judgment mentions the confessions of Saleh and the testimony of a lone witness without any details, and refers to a rivalry between Saleh and the deceased. Saleh’s father reports, however, that this witness had testified repeatedly that she had not seen Saleh push the deceased. Mohammad Ali Shariati goes on to say that his son had been on good terms with the deceased, denying the court’s allegation that Saleh and the deceased had been at odds over a girl.

The Supreme Court Branch 20 overturned the guilty verdict and ordered for a retrial. The case was then referred back to Branch 3 of Fars Province Criminal Court, where the plaintiff again summoned fifty family members for purposes of the “qassameh” oath attesting to Saleh’s guilt and accordingly, on February 2018, the judge issued a death sentence for Saleh again.

Saleh Shariati’s is not the only such case documented by ABC [6].

The qassameh practice has no place in a modern legal system and even less so in cases involving the death penalty. Its use also conflicts with the jurisprudential principle in Iranian law which states that “the plaintiff has the burden to prove the asserted claim, and denial shall be supported by the oath.” This principle requires the plaintiff to produce evidence proving the accusation, while under certain circumstances the accused can effectively refute the charges by taking an oath. Under qassameh, by contrast, the plaintiff has no burden of proof and indeed does not even need evidence, for it is the very inadequacy or unavailability of evidence that triggers qassameh.

Saleh Shariati should not have been arrested or sentenced to death based on such an absurd procedure. After years of trying to prove his son’s innocence on his own, Mohammad Ali Shariati is calling the media and the international community for help. He told ABC that he has little means to visit his son, let alone provide him with proper defense:

“God knows that we have lost morale, us out here and that kid inside [prison]. He was 16 and now he is more than 20 and is not doing well. He is under a lot of stress. He calls me every day and says ‘Dad, do something. Find a way!’ His mother bursts into tears every time his name comes up. We are all devastated and our life is falling apart. There is no one we can talk to. No one to hear us. I don’t know where to go or what to do to. We don’t have connections to help us have an impact on the case.

“As [agricultural] laborers, we don’t have much of an income to spend on following up on the case. We are seasonal workers. Sometimes we are out of work for fifteen days in a month, sometimes a whole month. We have to pay for a family of five, send money to Saleh to eat, as the food in prison is really bad. We can’t even visit Saleh more than once or twice a year. How can we pay for the lawyer and travel to different places to follow up and talk to officials?

“I really don’t wish for anyone to be in this situation, this lawlessness. Shouldn’t a case be based on reasons and evidence to make sense? Or is torturing a 16-year old in the police station to get him to say something or someone’s money and influence enough [for a conviction]?”

By arresting and sentencing Saleh Shariati to death, Iran has violated a myriad of laws and shown disdain for its international commitments under the International Covenant on Civil and Political Rights and the Convention on the Rights of the Child, which prohibit the execution of anyone for a crime committed under the age of 18, ban torture, and guarantee all individuals the rights to due process of law and a fair trial. 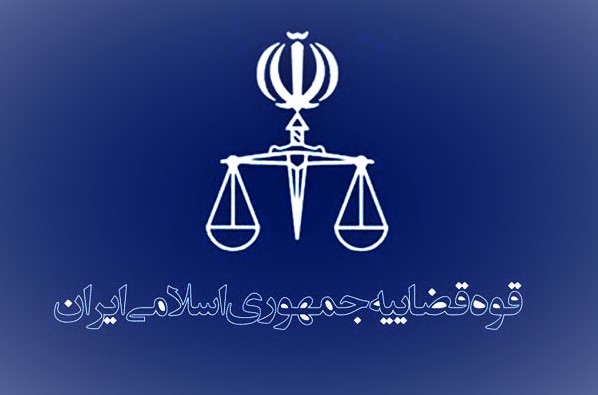 Saleh’s father has good reasons to be afraid for his son. So far in 2018, the Islamic Republic has already put three juvenile offenders to death. In the wake of the UN Human Rights Council’s meeting in Geneva in March, Iranian officials will go before the international community to report on progress made to ensure that the Islamic Republic is respecting Iran’s human-rights obligations. This is an ideal opportunity for the international community to express concern about the persistent due-process crisis in Iran’s justice system and the lack of independent monitoring of criminal-justice cases, and to ask for the immediate release of Saleh Shariati and the complete elimination of qassameh in Iran.

[2] https://www.iranrights.org/library/document/2701.
[3] The Quran makes no mention of qassameh and there is little agreement among Muslim jurists on its applicability and modality. Among the Islamic jurisprudence experts, people like Salim ibn Abd-Allah, Abu Abdulla ibn Zaid al-Jerami, Ibn al-Ayah, Sulayman ibn Yasar, Hokm ibn Atybah, Muslim ibn Khalid, and Bukhari were generally opposed to qassameh.
[4] “Lowth” refers to circumstantial evidence and indications that induce a suspicion on the part of the judge that the accused party committed the alleged crime.
[5] The transfer was illegal per Article 51 of the Law for Constituting Public and Revolutionary Courts for Criminal Affairs approved on September 19, 1999 and Article 310 of the Code of Criminal Procedure approved on October 22, 2014.
[6] Other judgments based on qassameh include:
Copyright © 2023, Abdorrahman Boroumand Center
What we do Who we are Contact us