For more than 15 years, Abdorrahman Boroumand Foundation has documented executions and extrajudicial killings carried out by the Islamic Republic of Iran. The tally so far, 18,766, is harrowing. And though we still have much work ahead of us, the impact of Omid Memorial is undeniable.  Over the years, the intensity of killings and state brutality has varied, but contempt for human lives, lack of due process, and the arbitrariness characterizing Iran’s justice system have been constant – and inevitably, along with them, the taking of innocent of lives.

The likes of Mohammad Reza Haddadi - a boy condemned to death at 15 for a crime he has not committed - are not few. If the international community and fellow Iranians show their outrage clearly and publicly, Mohammad Reza can still be saved. For many other Iranian children, however, it is too late. 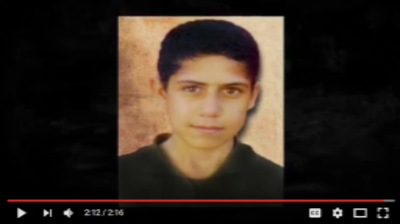 Children Like Mohammad Reza Have No Voice Without Your Support

Over the decades, thousands of people have been killed for crimes they had not committed or acts that do not qualify as crime. They were punished for using their right to freedom of thought, religion, association, and expression or because the state violated their right to privacy, among other things. But there is no systematic record of their killing, except in Omid Memorial, which keeps their memory alive and challenges Iranian authorities with the truth they seek to hide.

Whether it is Manuchehr Khosrodad, a popular general and an athlete; Mir Ali Akbar Mirkarimi, well respected in Ardebil in spite of his sharp tongue; Mohammad Baqer Latifi Moqadam Tehrani, a colonel who built barracks for soldiers and planned irrigation systems; Mehdi Alavi Shushtari, a leftist activist at the University of Jondishapur; Roya Ishraqi, who taught Baha’i children in Shiraz; Janet Lee Stevens, a journalist who happened to be in the American Embassy in Beirut; Haik Hovsepian Merh, a Christian priest and government critic; Aliakbar Sa’idi Sirjani, a freedom-loving intellectual; Ezatollah Ebrahimnejad, a former student and activist sentenced in court after he was killed in a protest; Atefeh Rajabi, a young girl who had no one to protect her against predators; Ya’qub Mehrnahad, who paid with his life his determination to hold authorities accountable without using violence; Abbas Disnad, a store owner and a passerby hit on the head by anti-protest militia; Mohsen Amir Aslani, who had his own way of practicing religion; Reza Hosseini, who had the bad luck of living next to a drug dealer; or Alireza Madadpur, an ordinary Iranian whose crime was to be poor and struggling with addiction, they all have found a home in Omid, where their cry for justice will survive them until it is heard. 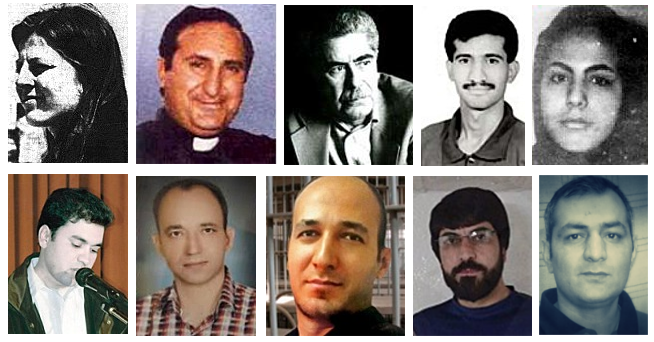 As we document cases, we constantly stumble across events and killings that were never reported. In a context of decades-long impunity, a public record of abuses – whether committed 30 years ago or yesterday - is not a luxury but a necessity. Though the task before us is not easy, it is not impossible. Citizens’ response to Omid Memorial has only made us more determined to carry it through. If the will exists, and the means, our hand will be much stronger in pressing the Islamic Republic leaders to face the truth, including the killing of innocents– a practice that no culture or religion condones. It is only then that we can hope for serious and sustained changes in unjustifiable laws and practices.

We are grateful to all those who have contributed, in one way or another, to ensure that our organization survives and thrives. Your donations, small and large, matter. Your support will sustain us in our effort, our duty, to remember those who die and to call for justice.