Guilty Verdict for Hamid Nouri: A Triumph of Due Process and Truth-Telling
Risk of Imminent Hand Amputation for Eight Convicted of Theft
The Clash of the Ayatollahs: A Religious Challenge to the Monopoly of Power by the Clergy in Iran
20 Years of Documentation, Thousands of Lives Saved from Oblivion
View More ❯

“If you have the long-term view and say that the regime must first change, then the advice would be, act as a prosecutor… collect as much evidence as you can now so that your case is ready when the moment is there.”

- Dr. Sarah Nouwen, University of Cambridge
On this International Human Rights Day, we at Abdorrahman Boroumand Center for Human Rights in Iran (ABC) are more convinced than ever of the importance of our documentation work, and are determined to pursue our efforts and ensure that past crimes and their victims are not forgotten. While 2020 has been a tragic year for the world, it has also been one of encouraging advancements for us and for the thousands of families whose loved ones, in the summer of 1988, were swallowed up in a wave of secret hangings and buried in unmarked mass graves.

Ten years ago, we brought to the international community’s attention that horrific crime against humanity both by publishing and disseminating a report —“The Massacre of Political Prisoners in Iran, 1988” by prominent human rights lawyer Geoffrey Robertson — and by holding an all-day seminar at Oxford University. At that time, neither the secret killing of more than 4,000 political prisoners two decades earlier, nor the trauma and guilt still haunting the lives of tens of thousands of survivors and family members, had barely been noticed; news reports on the destruction of the victims’ mass graves, a key piece of evidence, added to the urgency of ABC’s goal to draw international attention to the crime.

The world’s long silence in face of these murders had emboldened their perpetrators  and heightened the pain and vulnerability of families and survivors who were denied the right to truth and the right to mourn, and who were harassed and persecuted for their efforts to keep the memory of their loved ones alive.

At the Oxford seminar in 2011, ABC assembled several experts to analyze the crime and to advise survivors about the mechanisms for accountability at their disposal. Stunned by the fact that a crime of such magnitude had escaped international attention, these experts commended ABC for its documentation and memorializing efforts. [1] In the absence of an international will to hold Iran accountable, they said, collecting evidence and testimonies would continue to be the most effective path for pursuing  justice.

Over the past decade, the 1988 massacre has been covered by the media and human rights groups, exposed in a popular tribunal of international experts, and spotlighted in  documentaries. In the face of overwhelming evidence and scores of first hand witness testimonies, Iran — where the truth of the crime had been buried with its victims, and where its perpetrators rose through political ranks [2]—  could no longer keep the tragedy in the dark. [3]

These efforts to raise transnational awareness have yielded results. On November 9, 2019, Swedish authorities arrested, under universal jurisdiction, Hamid Nouri, an assistant prosecutor involved in the massacre in Gohardasht Prison. Nouri is still in detention and the investigation for his indictment is ongoing.  More recently, in September, the Working Group on Enforced Disappearances, along with six United Nations human rights rapporteurs including those for extrajudicial, summary or arbitrary executions; the situation of human rights in the Islamic Republic of Iran; and the promotion of truth, justice, reparation, and guarantees of non-recurrence called on the Islamic Republic to end impunity for the 1988 prison massacre. They also noted that the facts reported to them are in breach of international norms and standards to which Iran has committed, including “the right to remedy, the right to life, the right to be free from torture, and other inhuman and degrading treatment, and the right to a fair trial” enshrined in the International Covenant on Civil and Political Rights, which Iran ratified in 1975. 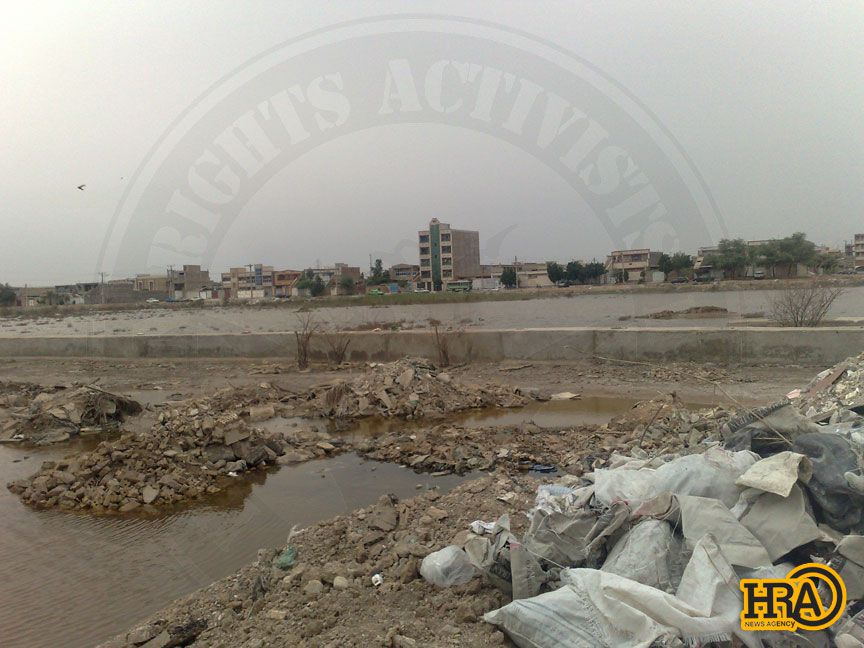 Mass graves of victims of the 1988 executions in Ahvaz, Khuzestan Province (HRANA)

In an 18-page letter to Iran’s President Hassan Rouhani, the UN experts stressed that “an enforced disappearance continues until the fate and whereabouts of the concerned individual is disclosed,” and reminded Iran of its obligation to investigate and prosecute those responsible.  They expressed alarm at “[Iran's] refusal to provide accurate information on the fate and whereabouts” of political dissidents, “the lack of investigation and prosecution for the killings,” “the continued harassment of the families,” and “the destruction of the mass graves.”

On this International Human Rights Day, ABC celebrates the human rights community’s victory against oblivion and the long-awaited steps that have since been taken towards justice. It also expresses its gratitude to witnesses who re-lived their traumatic experience in order to testify; families who, undeterred by threats and imprisonments, kept the memory of their loved ones alive, e.g. by maintaining a presence at the sites of mass graves; ABC staff and volunteers who persisted in collecting and processing evidence and testimonies, despite the mental pressure of documenting such horrific crimes; ABC’s donors whose generosity, vision, and encouragements gave us hope and made our research and advocacy possible; to colleagues in the human rights community who contributed to documenting the 1988 massacre and advocated for accountability, and to journalists who helped inform public opinion.

[1] “All of our legal work has to be contextualized; what the Boroumand Foundation already achieved is a big deal. They built up an archive; they built up an historical record, they maintain the memory of what happened there. They make the people, the victims, the families, tell their story, which is already a big part of the work that we all do.” Wolfgang Kaleck (Secretary General of the European Center for Constitutional and Human Rights)

[2] Mostafa Pour-Mohammadi counted among those who orchestrated the massacre directly; he has continued to occupy prominent political positions through the years, including Minister of Justice (2013-2017).The same is true for Ebrahim Raisi who is Iran’s current Chief Justice.

[3] On August 1, 2012, Fars News published an article which attempted to “[prove] the legitimacy of these executions from an international law standpoint.” Fars declared all those killed to have been enemy combatants of the Mujahedin-e Khalq organization - “effectively a unit of the enemy’s military in prisons” in “undeniable contact with their military personnel” - who did not enjoy due process guarantees afforded to other kinds of prisoners. Fars also falsely asserted the point of the three-person death panels which decided prisoner’s fates had been to ascertain which prisoners were in contact with MEK military forces. Abdorrahman Boroumand Center responded to these claims:
https://www.iranrights.org/library/document/89/rationale-for-1988-prison-massacre.