Mahnaz Parakand, A Defender Under Threat

Mahnaz Parakand is a member of Tehran’s Bar Association and a human rights defender. She was a political activist before the Revolution. She was arrested after the Revolution in 1981 and was sentenced of death. The sentence was subsequently reduced to life imprisonment and she was released after serving six years. In 1993-94, Parakand passed the bar examination, but the Bar Association refused to issue her a license to practice law. After nine years of follow-ups and three negative responses from the Ministry of Intelligence to the Bar Association, she ultimately succeeded to obtain her license in 2001, after she agreed to take a pledge. Mahnaz Parakand has represented political activists, human rights defenders, including lawyers Abdolfattah Soltani and Nasrin Sotoudeh, and women’s and children’s rights activist Mohammad Qaznavian. She also took on cases of religious minorities, including the case of the leaders of the Baha’i community. She was subjected to threats and intimidation due to her history of political activism, her representation of political cases, and her objections to the violations of due process in her clients’ cases. Judge Mortazavi, then-Tehran Prosecutor, for instance, threatened her with the revocation of her law license, and the Ministry of Intelligence sent a letter to the Bar Association asking that her license be revoked. According to Ms. Parakand, Revolutionary Court judges brought up her background as a political prisoner and even threatened her to open a case against her, in a bid to intimidate and prevent her from mounting an effective defense in court. In April 2011 Mahnaz Parakand received a summons to appear before Moghaddass Prosecutor’s Office, Branch Three, located in Evin Prison. Ms. Parakand was forced to leave Iran due to the authorities’ constant pressures and threats, and the obstacles they created for her professional work. 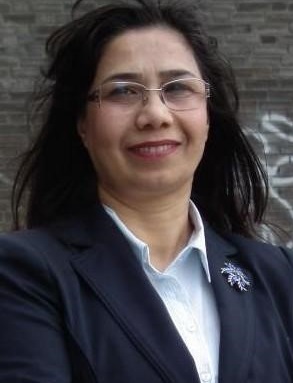 My client appeared at the Revolutionary Court in Qazvin on 4 April 2010, to follow up on his case. Court authorities realized then that his last defense had not been made, so they informed him. They told him there was a new charge of “propagation against the regime,” and documented these accusations. When Ghaznavian requested that his attorney review the case, he was told that his attorney was allowed to read the case and write the final defense bill. On 6 April 2010, I went to the Revolutionary Court in Qazvin with my client. I presented my legal representation documents and asked to review the case so that a defense could be made. Unfortunately, I was not allowed to review the case. I was told that the charge was “propagation activities against the regime,” and that the propagation was ‘in favor of regime opposition groups’.” It appeared that both components of Article 500 of the Islamic Penal Code were mentioned in my client’s charge. Unfortunately, after half an hour the branch head summoned my client and informed him of the new charge of “relations with and membership in the Mojahedin- e Khalq Organization (MKO).”

Mahnaz Parakand, interview with the International Campaign for Human Rights in Iran, April 7, 2010

“In this case, my clients were the seven leaders of the Bahá’í community of Iran… Reading the dossier, I realized that Judge Moqiseh had summoned the Intelligence Officers and interrogators to be present in the trial. I spoke to him first and indicated that Intelligence Officers and interrogators have no right to be present in court, but he disagreed! He said, ‘We have summoned them, and they have to appear in court as experts.’ … Furthermore, we witnessed that in the first two hearings the judge did not allow any of the defendants’ family members to be present in the courtroom, but the officers and agents were seated in court… I immediately raised the issue with my clients and said that this situation is not legally acceptable. The families of the defendants had all come and were made to wait downstairs, and none were permitted to enter the courtroom, while the room was filled with interrogators and Intelligence officers… I then said that before I begin my defense I have something to say, and the judge allowed it. I demanded that either the judge had to declare this court an ‘open court’ and publically announce the presence of the Intelligence officers and the interrogators, in addition to the fact that the [courtroom’s] door was locked from the inside, or declare the hearing ‘in camera.’ The judge refused, and said, ’No, the hearing is ‘open’ and these individuals are called as experts. I then asked, ‘What kind of an open court is this, that the door is locked from the inside and the families of my clients are all standing downstairs and none of them is allowed in court, while the interrogators are present?! What role do the interrogators play in this trial? The sole intention for their presence here is to intimidate the defendants’…. Again, in Branch 28 of the Revolutionary Court, with respect to the case of the seven leaders of the Bahá’í community, the judge, who must remain impartial, addressed the defendants as “members of the perverse Bahá’í sect,” to which the lawyers and defendants all objected. I directly addressed the judge and said he had no right to use that phrase. He claimed that he used the phrase based on the indictment. I responded, ‘The indictment has used the phrase because the prosecution is the adversary party, and that is why the prosecutor must be present in court to be challenged. The judge must be impartial, and has no right to duplicate a language used by the prosecutor.’ All these issues, including the fact that again the families were not allowed in court, once again resulted in the postponement of the trial.” 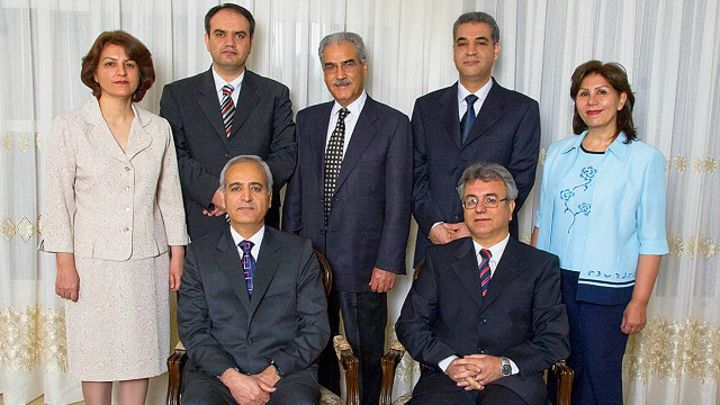 “Fariba Kamalabadi, Mahvash Zabet, Behrouz Tavakoli, Jamahaddin Khanjani, Afif Na’imi, Sa’eed Rezai, and Vahid Tirzfahm, were members of a board called “Yaran” which managed the affairs of the Baha’i minority in Iran. Six of the group were arrested in May 2008 after security forces raided their homes. One, Mahvash Sabet, had been arrested in March 2008 in Mashhad. After two and a half years in solitary confinement and undergoing interrogations without the presence of lawyers in Ward 209 of Evin Prison, they were sentenced to 20 years imprisonment by Judge Mohammad Moqiseh, Revolutionary Court Branch 28’s presiding judge, in August 2010…. Ms. Parakand says “there were a lot of sensitivities around this case. Given the content of the case and the charges facing these individuals, it appeared that they wanted to close the folder on the Baha’i community in Iran. For example, they had considered forming[the formation of] the Baha’i community a crime…” Their lawyer says that she and her colleagues were granted permission to read the indictment and take notes only a month before the start of the trial. Ms. Parkand says that there was no legal justification for the charges and that she could not find any convincing evidence in the case. She adds “For example, with regards to (the charge of) assembly and conspiracy to act against national security, Baha’is have religious ceremonies, every 19 days on a day called Ziafat, they gather together, pray, have tea, coffee and sweets, that is it. The authorities considered these Ziafats and gatherings as assembly and conspiracy to act against national security.”