Mas’oud Shamsnejad is a member of the Western Azarbaijan Province Bar Association. He has represented a number of political prisoners including Habibollah Golparipour, Ali Afshari, Habib Afshari, Hossein Khezri, Ali Ahmad Soleiman, Mostafa Ali Ahmad, and several other Kurdish prisoners who were executed on charges of membership in Kurdish parties and political groups. He has been persecuted by authorities for taking on political- and security-related cases, as well as for his petitioning and calls to assembly against the death penalty. Shamsnejad’s law license was suspended after working on the case of Sheyda Hatami, a Kurdish student who lost her life under suspicious circumstances in Nazlou dormitory at the University of Oroumieh. On May 9, 2013, he was arrested and interrogated by security forces in Oroumieh. On June 12 of that same year, he was temporarily released on a one billion-tuman bail, and his case was referred to Oroumieh Revolutionary Court Branch Two, presided over by Judge Sheikhlu. The court acquitted Shamsnejad of the “membership in opposition groups” charge, but sentenced him to four months in prison after convicting him of “propaganda against the regime through interviews with foreign Kurdish media outlets.” This ruling was upheld in September 2013 by the Western Azerbaijan Province Court of Appeals Branch 10. Shamsnejad served his sentence and was released on January 12, 2015.

Mas’oud Shamsnejad was arrested again on January 8, 2019 by security agents who searched his home and office and took him to a Ministry of Intelligence Detention Center. In February of 2019, Oroumieh Revolutionary Court Branch 3 sentenced him to one year in prison for “propaganda against the regime” and to five years in prison for “membership in an opposition party.” His law license remains suspended.

“Sheyda Hatami, a Kurdish master’s student in biology, biotechnology, and pedology at Oroumieh University, was found dead in Nazlou Dormitory on the campus of her school on March 1. The university subsequently published a statement on Sheyda Hatami’s cause of death, stating it was “under investigation by highly-qualified teams per orders from the University chancellor.” The statement did not disclose any further details surrounding the incident, but explicitly warned readers that “any expression of opinion [on the matter] by the media or online is unlawful and will be subject to investigation”... Prior to this, the website “Rouj” had reported on a protest organized by Oroumieh University students on Sunday and Monday in response to Sheyda Hatami’s death, noting that protestors “demanded a thorough investigation into the death of this Kurdish student.” The website, which has links to Kurdish opposition groups, cited a source close to Hatami’s family and emphasized that “marks of beatings and trauma were visible on Hatami’s throat as well as on other parts of her body,” going on to say that “forensic medical officials concluded that she had been murdered.” Abed Fattahi, a member of the Ninth Parliament representing Western Azerbaijan, stated that he had “examined the girl’s body as a doctor,” and “did not see any signs of a beating.” 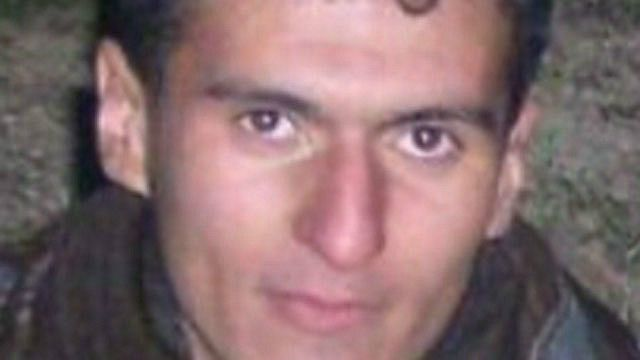 “Iranian authorities executed Kurdish political prisoner Habibollah Golparipour on October 26 without conducting independent investigations into his claims of being tortured… Golparipour was arrested in the city of Mahabad on October 27, 2007, and according to his statements was subjected to psychological and physical torture for months while being shuffled between detention centers in Mahabad, Oroumieh, and Sanandaj. In a trial lasting only a few minutes, Golparipour was … sentenced to death in Branch One of Mahabad Revolutionary Court on charges of “membership in PJAK” [the Kurdish Free Life Party] and “organizing the Kurdistan Mothers of Peace” group in Mahabad… following his request for the sentencing to be revised, it was reaffirmed in Branch 31 of Supreme Court. The death row political prisoner was transferred to Oroumieh Prison’s Quarantine Ward on October 25, 2013, and when his family came to see him there the following day, officials informed them that their son had been executed…”

The International Campaign for Human Rights in Iran, October 28, 2013

“Mas’oud Shamsnejad, attorney and faculty at Payam Nour and Azad universities of Oroumieh, was arrested on Thursday May 9, 2013 and transferred to Oroumieh prison after initial interrogation... [S]hamsnejad is currently being held in Oroumieh prison and phone contact to and from his ward has been cut off since his arrival there. To date, the reason for his arrest remains unclear. Shamsnejad is the defense attorney of death row political prisoner Habibollah Golparipour, who for unknown reasons was transferred out of Semnan Prison three days ago and taken to Oroumieh Central. Golparipour was arrested in 2007 on charges of affiliation with a banned Kurdish political group, for which he was later tried and sentenced to death. His death sentence was upheld by the Supreme Court.” 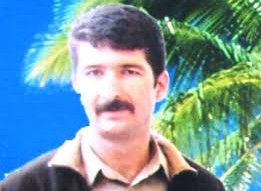 “[Ali Ahmad Soleiman, an Iraqi national] was sentenced to five years in prison on the charge of moharebeh [“enmity against god”] and was serving his term in Uroumieh prison… when he was later sentenced to another nine and a half years, that time had already served in Ourumieh Prison was counted towards the [new sentence]… the charge of murder [brought against him] was unfounded … someone [who commits] moharebeh is someone who has resorted to the use of weapons to incite fear and to kill people... [Soleiman] had already been convicted of this charge, and received a five-year sentence in prison for it. Yet, regrettably, he was then convicted of murder - an act which was already encompassed by the moharebeh charge. In my view, this second conviction is illegal... His first sentence for this act was qesas [retributive justice], but ultimately the plaintiffs pardoned him, recognizing that he was not the one who had murdered their loved one. Because of their pardon, his sentence was commuted to nine and a half years’ imprisonment.”