Mahmud Taravat-Ruy, A Defender Under Threat

Mr. Mahmud Taravat-Ruy is an attorney and a member of the Bar Association in Fars and Kohgiluyeh and Boyer-Ahmad Provinces. He has taken on the cases of political and social activists including Maryam Bahreman, a women’s rights activist and a member of the One Million Signatures Campaign, Mohammad Saber Abbasian, the Vice President of the Youth Branch of the Participation Front in Shiraz and the a youth campaigner for Mir Hossein Mousavi during his presidential campaign, a number of student activists arrested in Shiraz in the aftermath of the 2009 presidential election, as well as a number of Christian converts in Shiraz. In 2016, Mahmud Taravat-Ruy took on the case of six of the 12 individuals who had been arrested by the Intelligence Agency of the Revolutionary Guards in Shiraz for engaging in modeling and the fashion industry. In December of the same year, Shiraz Criminal Court Branch 117 sentenced the defendants to imprisonment, ban from leaving the country, and prohibition from employment in certain jobs. During the court hearing, which took place behind closed doors, Mahmoud Taravat-Ruy criticized his clients’ arrest and emphasized the need for the court’s independence from the intelligence agency of the Revolutionary Guards. Following the session, the Intelligence branch of the Revolutionary Guards in Fars Province lodged a complaint against him claiming that Mr. Taravat-Ruy’s performing his professional duties was insulting and slanderous to the Agency and caused apprehension in the public’s mind. Mr. Taravat-Ruy’s case was referred to the city of Shiraz Revolutionary Prosecutor’s Office Branch 6. The Branch’s Investigating Judge released him on bail. Mahmud Taravat-Ruy was initially sentenced to a seven-month suspended prison term on the charge of “disseminating lies” but was acquitted of this charge by Branch 19 of the Appeal Court in Fars Province upon appeal. 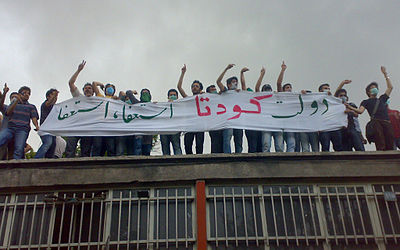 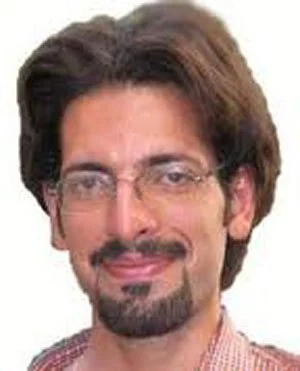 “Unfortunately after the presidential election and the protests that followed it, we witnessed widespread and unlawful arrest of citizens and in particular students and those who have been active in the opposing candidates’ campaigns across the country. The prolonged detention of Mr. Mohammad Saber Abbasian… has also been influenced by this wrong trend… The bail order has not been communicated to me, as a lawyer of the accused, or his family… I have not yet been allowed to read the casefile and for this reason I do not have enough information about the evidence used against my client… Individuals’ right to defend themselves against the charges levelled against them freely and without being intimidated is a human, natural, and legal right recognized by religious teachings, the Constitution, the Law on Respect for Legitimate Freedoms and Safeguarding Citizens’ Rights, and the Universal Declaration of Human Rights… The realization of this right requires that all its preconditions such as access to a lawyer during interrogations and in all stages of the investigation, access to the case material before the hearing, and the right to consult a lawyer in confidence are respected. I am deeply disappointed that these fundamental rights have been taken away from me and my client in various ways.”

Defendants in the Modelling Case in Shiraz Sentenced to a Total of 379 Months in Prison, Ban from Leaving the Country, and Ban from Certain Employments

“Shiraz Criminal Court Branch 117 has sentenced 12 individuals in the modeling case in Shiraz to a total of 379 months in prison, prohibition from leaving the country, and employment ban from certain jobs. Mahmoud Taravat told ILNA’s reporter: ‘There are 12 defendants in this case, eight of whom are men and four are women. They have been charged with creating a fertile ground for corruption and prostitution through publishing obscene and vulgar images in the cyberspace, encouraging and enticing people in a Muslim society to corruption and prostitution, running fashion exhibitions through Western models, modelling, and propagating the western culture of nudity.’”

“I have been charged with insult, slander, and disturbing the public opinion solely for my statements made in defence of my clients in a closed trial. This is while, I, as a lawyer, have immunity and what I have said about the need for the independence of courts from the intelligence body of the Revolutionary Guards, was part of the defence. Moreover, the court was held in camera and all my statements were made in a room and before the judge… there is no legal and judicial basis for this complaint but apparently, the Intelligence unit of the Revolutionary Guards intends to take revenge and intimidate me because of my track record in defending civil rights activists and those accused of politically motivated charges. They want to intimidate me and other lawyers but I will continue to defend my clients and those whose rights have been violated in line with the oath I have taken as lawyer.”