Qassem Sho’leh Sa’di is a member of the Bar Association, an attorney and a well-known political activist in Iran. He completed his studies in Iran and Paris prior to the Revolution and started teaching at universities upon his return to Iran. Sho’leh Sa’di was an Islamic Consultative Assembly (“Majless” or Parliament) representative for two terms and practiced law in addition to his political activities. Sho’leh Sa’di is a critic of the Islamic Republic’s constitution and has expressed his views to the media on political and social issues resulting in his several arrests and imprisonment. He was first arrested on January 25, 2003, for publishing an open letter addressed to Ali Khamenei, the Supreme Leader of the Islamic Republic. In his letter, he described Khamenei’s appointment to the Leadership position as illegal due to his lack of qualifications at the time of the appointment, and criticized his domestic and foreign policies. Sho’leh Sa’di was released on bail after 36 days in detention. Tehran Revolutionary Court Branch 26 sentenced him to a year and six months in prison and to a 10-year ban from practicing law on the charges of “insulting the Leader” and “propaganda against the regime”. His sentence was upheld by the Court of Appeals but its implementation was halted by the then-Head of the Judiciary due to substantive defects in the case. He was arrested once again on April 3, 2011, in Tehran. The country’s Prosecutor General stated that the reason for Sho’leh Sa’di’s arrest was his prior conviction. Nevertheless, in October 2011, Tehran Revolutionary Court Branch 15, presided by Judge Salavati, convicted him of the charge of “propaganda against the regime”  and sentenced him to one year imprisonment, and a 10-year ban from practicing law and teaching. Furthermore, Tehran Revolutionary Court Branch 28, presided by Judge Moqisseh, tried Sho’leh Sa’di’s 2003 case and sentenced him to two years in prison. This was while he had already been tried for those charges and his sentence had been subjected to the statute of limitations. In prison, Qassem Sho’leh Sa’di had many health-related issues due to his illness. He was released from prison on August 15, 2012.

Ghassem Sho’leh Sa’di was arrested again along with several other individuals on August 18, 2018, when they had assembled in front of Majles, the Iranian Parliament. The purpose of that assembly was to protest the Guardian Council’s Approbatory Supervision (over the selection of candidates and its interference in elections), as well as Iran’s share of the Caspian Sea pursuant to the Convention on the Legal Status of the Caspian Sea. Three days after the arrest, he was taken to the Office of the Prosecutor in Evin Prison with his hands and feet cuffed where he was charged with “assembly and colluding against national security.” The Prosecutor also ordered a one-month temporary detention in Fashafouye Prison. Revolutionary Court Branch 15 in Tehran, presided by Judge Salavati, tried Sho’leh Sa’di on December 2, 2018 and sentenced him to six years in prison on the charges of “assembly and colluding against national security” and “propaganda against the regime.” 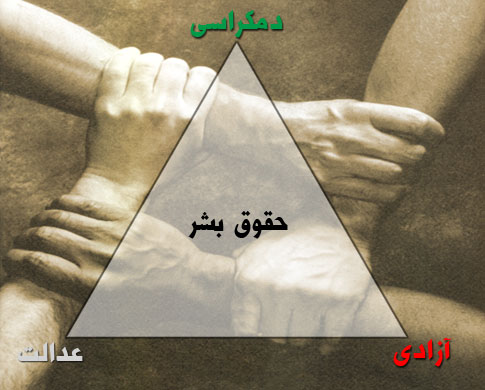 Your Excellency, You Have Lost the Iranian Nation’s Vote of Confidence

“According to Principles 5, 107, and 109 of [the Constitution], the Supreme Leader must be a Religious Leader [Marja’] and secondly, he must be elected by the majority of the people. If such majority is not present, the Assembly of Experts could chose a leader or a council of leaders from those qualified under the abovementioned Principles. Imam Khomeini... before his death ordered a revision of the Constitution but died before this revision took place and, as such, the Constitution remained in force. Now, if we assume that you have now reached the level of necessary qualification, at the time of Imam Khomeini's death on June, 4 1989, and your appointment as a leader, you certainly did not have the required qualifications. Therefore, the question remains: how did you accept to take on such responsibility in blatant breach of the law? If the answer is that Imam Khomeini resolved the issue by affirming you - which remains subject to doubts - I must remind you that; firstly, Imam Khomeini did not possess the authority to appoint a successor. Secondly, he did not have the right to breach the Constitution and ignore its prescribed qualifications for leadership. Moreover, in a letter to the third Majlis, which I had the honour of its membership, Imam Khomeini stated that any breaches of the law so far have been due to the war and the special circumstances and that from now on the country must be ruled within the framework of the law. Therefore, Imam Khomeini neither had the authorization to appoint a successor nor the right, or the intent, to breach the law.”

Sho’leh Sa’di in an open letter to Ali Khamenei, May 14, 2009, published on his website

“Our problem is the Constitution itself. It has entrusted the Guardian Council with the interpretation of the Constitution without devising a mechanism to hold this body accountable… the Council has used (or better said abused) this authority to interpret its supervisory authority as being approbatory… 150 years ago, Mr. Mirza Yusef Mostasharddoleh said that the country’s problems were encapsulated in one phrase and that was the “lack of laws”. Later, the Constitutional Revolution happened and a judiciary and a court system were set up in order to apply laws passed by the parliament to the cases that were referred to them. Back then, the country’s problem was the absence of the law. Today, the problems could still be encapsulated in the same one phrase, ‘the absence of the law’. It is the law that has granted broad and arbitrary powers to a number of unelected individuals and bodies - who are not accountable and do whatever they wish. So the law itself must be amended.”

The Caspian Sea Convention: a Fair Division or another “Turkmenchay”?

A legal Convention on the Caspian Sea has been signed after two decades. The Convention prepares the ground for the sharing of the southern part of the Caspian Sea between Iran, Turkmenistan, and Azerbaijan. An agreement regarding the prohibition of the presence of foreign ships and the export of oil and gas has also been reached... Mahmoud Sadeqi, a Tehran MP, wrote on his twitter: “The President has left for Aktau while the content of the agreement on legal framework governing the Caspian remains vague. Is it true that Iran’s share has been reduced from 50 to 11 per cent?! Is this another Turkmenchay in the making? People must know! MPs know nothing about the agreements made behind the curtains.”... Bahram Qasemi, a spokesperson for the Ministry of Foreign Affairs has, however, said that the Convention does not mean that the sea has been shared. He emphasised: “the issues of sharing the Caspian Sea between countries, division lines, and sharing the sea bed is not discussed in this Convention.